Katmal Limited has been supporting the nuclear industry and local authorities since 2014. It which time it has completed a number of projects for a range of customers. 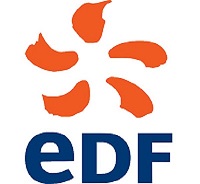 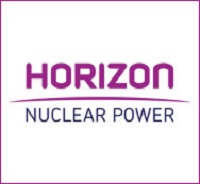 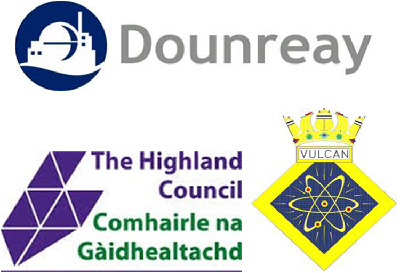 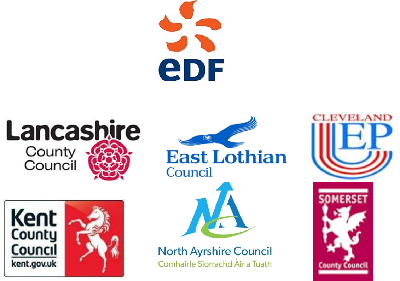 Contact us via E-mail to discuss your emergency planning needs

Environmental TLDs have been used to measure the dose-rates around UK nuclear power stations since shortly after the Three Mile Island accident. They are currently used both on-site and off-site and are identified as fulfilling a number of roles including supporting dose estimates in the event of a nuclear accident and providing estimates of background doses. In the time since they were introduced technology has advanced and the sites and their environs are more closely monitored in real time. TLDs may no longer be the best option.

Katmal reviewed this issue for EDF. International and national requirements for environmental radiological monitoring and the current programme were reviewed. Discussions were held with several groups within EDF and the EA about the value they saw in the current programme and their views on the potential to introduce new technology. This was considered in the light of post-Fukushima work and changes in expectations. The use of fixed monitors in the form of the current EPGMS (Emergency Perimeter Gamma Monitoring System) and the RIMNET R3M type of monitors was investigated and a draft Best Available Technique (BAT) discussion was produced.

This project relied on Keith's knowledge of environmental monitoring and the estimation of doses to the public in routine (continuous) releases and accidental (spike) releases. It involved technical discussions with different stakeholders and the production of a BAT analysis.

The UK review of emergency planning following the Fukushima accident made the recommendation that the practicability and effectiveness of the arrangements for extending countermeasures beyond the Detailed Emergency Planning Zone (DEPZ) in the event of more serious accidents should be reviewed. (Recommendation IR‐3:(From ONR Fukushima Final Report)

As a component of EDF-Energy's response to this recommendation, Katmal Limited has undertaken a review of government guidance about extendibility planning and the three pilot studies that were undertaken and recommended a process to complete the extendibility studies for the AGR sites in an efficient manner. Working with Local Authorities and an EDF Director a series of workshops were prepared, facilitated and reported. EDF Energy is now seen as a good practice leader in this area.

To complete the process a plenary session was held with the Heads of Emergency Planning of the Local Authorities with Advanced Gas Cooled Reactors (AGRs) in their areas where areas of mutual interest and local concerns were discussed with the UK and Scottish Governments.

Devonport Royal Dockyard Limited employed Katmal Limited to review and revision their on-site nuclear emergency plan which was then focused solely on nuclear reactor accidents. A major revision of the plan's documentation resulted in an ordered series of documents being able to replace the existing monolithic document which had been hard to update.

The opportunity offered by the revision to include preparedness for lessor events was taken with both business continuity and contingency planning being integrated into the document set.

This project relied on Keith's understanding of emergnecy plans, his writting skills and his ability to work alone. A complex project was completed within time and budget. 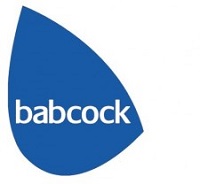 This involved interviewing a number of those responsible for the crisis management of the site during Covid, reviewing their communications to staff and their policies and writing a critical review allowing them to better understand the strengths and weaknesses of their existing approach.

Babcock International asked Katmal Limited to review the moral, legal and commercial justifications for recovery planning on their Devonport Royal Dockyard site. Recovery is an enabling and supportive process, which allows individuals, teams and projects or branches to regain a proper level of functioning following a disruptive event through the provision of information, specialist services and resources. (Adapted from Government guidance “Emergency Response and Guidance").

A report was written reviewing the requirements of regulation and also the expectations of the regulators and government.

In the second phase of the document a good practice guide for recovery planning was written as there did not seem to be any mature, well focussed advice to follow. This was followed by a ConOps paper, disussing how recovery planning could be integrated into the existing suite of emergency planning processes and a draft recovery plan.

A workshop was managed, facilitated and recorded for Devonport Royal Dockyards Limited bringing together their key emergency planners and health physicists to discuss the government consultation of the revision of REPPIR and to write the Company's formal response.

This short project relied on keith's communication skills (verbal and written) and his knowledge of the REPPIR regulations and emergency planning in the UK, especially at Nuclear Dockyards.

Initial strategy and Concept of Operations

Working for the Emergency Planning Lead at Horizon Nuclear Katmal Limited has produced a number of reports in support of the project to build, commission and operate the proposed twin UK-ABWR at Wylfa Newydd.

This work relied on Keith’s ability to work alone and with Company experts to collate and analyse information and formulate Emergency Planning Strategies based on many years of experience of the industry.

Katmal Limited has significant experience of preparing for, running and reporting, studies of the extendibility of local authority REPPIR plans. Highland Council asked for support for a workshop looking at the ability of one of their plans to manage a more severe accident than that considered to be resonably foreseeable.

These studies are a response to the Weightman Report post-Fukushima. One of the recommendations stated that "It is therefore considered that NEPLG should examine the need to enhance the UK's extendibility arrangements for extending couintermeasures beyond the DEPZ in the event of more severe accidents".

A report was written presenting a risk assessment of the two sites (Dounreay and Vulcan) and justifying distances out to which to consider extendibility planning.

Working with the Highland Council and MoD, a workshop was organised, facilitated and reported. This included people from a number of backgrounds including the local authorities, the emergency services and the Scottish and UK governments.

This work relied on Keith's understanding of safety cases, atmospheric dispersion, projected and avertable doses to members of the public and on his communication skills.

This project was to prepare an update to the Emergency Planning Strategy for Hinkley Point C and Sizewell C. This involved the collation of information from a number of documents and from discussions with EDF personnel. A significant revision of the Company’s strategy document was prepared within the agreed time and cost targets.

The completion of this project depended heavily on Keith’s experience of emergency planning in the nuclear industry.

This work supports the Emergency Planning Team's efforts to do the right work at the right time.

This project invoved the preparation of an ALARP report investigating the potential value of filtered air conditioning for emergency facilities.

It involved developing the mathematical modelling of the air exchange between the facility and the external environment and the dose uptake of personnel in a facility with contaminated air. Several options were considered for a range of event types and conclusions reached.

This project required mathematic modelling, Health Physics, and communication skills and involved working with a number of people within the customer's organisation to gather data, agree a methodology and finalise a report.

The project completed with a meeting with the ONR site inspector and the preparation of a report to satisfy their needs.

The Pre-Construction Safety Report (PCSR) is the highest level of safety justification at the pre-construction phase and is used to collate the safety and environmental cases for the site in order to allow close scrutiny by the regulators and the public.

Katmal’s role was to update a number of sections of the PCSR concerned with the resilience of communications, the description of the emergency arrangements and the impact of the Fukushima event. This work was completed in consultation with the Company’s Emergency Planning, Radiation Protection, and Safety Case community. The updates were delivered to a demanding timescale, within the estimated cost and to a high standard. These documents are public documents.

This project used Keith’s experience of the nuclear industry and his ability to understand complex issues, to collate information from references and experts and to write it up in a clear and concise manner.

Katmal limited was asked to peer review a document which constituted a report to the EA following an event in which control was lost over an amount of depleted uranium.

At the request of the customer, this task was turned around quickly. A number of possible improvements to the line of argument and the written report were suggested. This task relied on Keith's ability to understand dose uptake estimates and willingness to work flexibly.

Review of legislation for new build

A detailed review of the legislation and guidance covering nuclear generation in the UK and an analysis of how the Company could be seen to comply was written for Horizon Nuclear early in the development of their Wylfa Newedd project.

This was an important part of their process to scope the work required to ensure that emergency plans were fit for purpose at all stages of design, build, commissioning and operation of the proposed nuclear power plant.

A series of workshops were managed on behalf of MoD and local authorities which discussed extendibility of the off-site nuclear plans.

Katmal Limited facilitated and recorded the meetings leading to the preparation of documents which defined the scope for extendibility planning and outlined the capability of the local authorities to manage a severe accident at their sites.

This project relied on Keith's ability to understand and communicate the MoD's safety case for operating nuclear submarines, the existing off-sites plans and the countermeasures that might be called on to protect the public in the, very unlikely, event of a major release of radioactivity from a MoD site.